I am a speech scientist interested in the sensorimotor control of speech production. I earned my PhD in speech-language pathology at the University of Toronto (advisor: Dr. Yana Yunusova) and completed postdoctoral training in speech neuroscience at Boston University (advisor: Dr. Frank Guenther). My research program investigates the brain mechanisms underlying acquired motor speech disorders, with the long-term goal of expanding the evidence-based speech therapy options available to those living with neurological disorders.

I recently joined the Language, Cognition, and Brain Sciences Laboratory at the Queensland University of Technology as a research fellow (advisor: Dr. Greig de Zubicaray). I am also available for scientific consulting, particularly in the areas of experimental design and detailed analysis (acoustic, kinematic, computational modeling) and interpretation of data for studies of speech production. 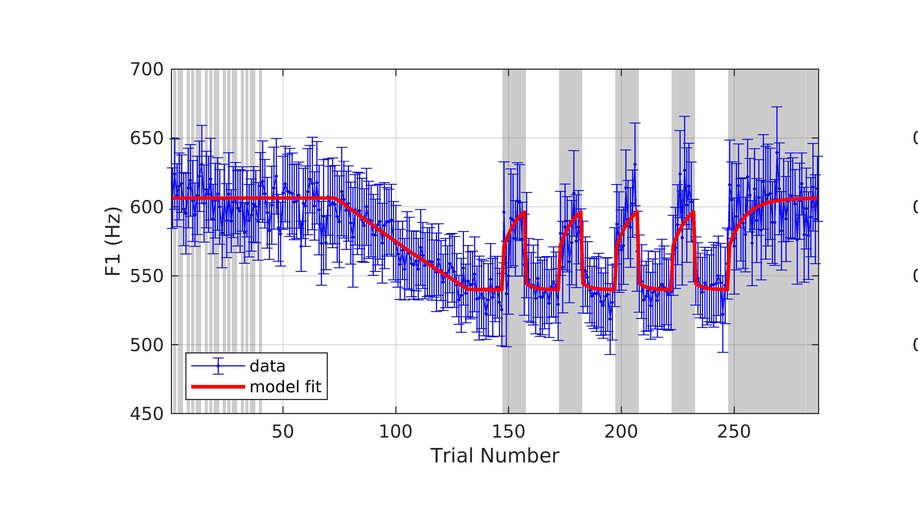 Sensorimotor adaptation experiments are commonly used to examine motor learning behavior and to uncover information about the underlying control mechanisms of many motor behaviors, including speech production. In the speech and voice domains, aspects of the acoustic signal are shifted/perturbed over time via auditory feedback manipulations. In response, speakers alter their production in the opposite direction of the shift so that their perceived production is closer to what they intended. This process relies on a combination of feedback and feedforward control mechanisms that are difficult to disentangle. The current study describes and tests a simple 3-parameter mathematical model that quantifies the relative contribution of feedback and feedforward control mechanisms to sensorimotor adaptation. The model is a simplified version of the DIVA model, an adaptive neural network model of speech motor control. The three fitting parameters of SimpleDIVA are associated with the three key subsystems involved in speech motor control, namely auditory feedback control, somatosensory feedback control, and feedforward control. The model is tested through computer simulations that identify optimal model fits to six existing sensorimotor adaptation datasets. We show its utility in (1) interpreting the results of adaptation experiments involving the first and second formant frequencies as well as fundamental frequency; (2) assessing the effects of masking noise in adaptation paradigms; (3) fitting more than one perturbation dimension simultaneously; (4) examining sensorimotor adaptation at different timepoints in the production signal; and (5) quantitatively predicting responses in one experiment using parameters derived from another experiment. The model simulations produce excellent fits to real data across different types of perturbations and experimental paradigms (mean correlation between data and model fits across all six studies = .95 ± .02). The model parameters provide a mechanistic explanation for the behavioral responses to the adaptation paradigm that are not readily available from the behavioral responses alone. Overall, SimpleDIVA offers new insights into speech and voice motor control and has the potential to inform future directions of speech rehabilitation research in disordered populations. Simulation software, including an easy-to-use graphical user interface, is publicly available to facilitate the use of the model in future studies.

Conclusions: Sentence-level measures of articulatory movements are sensitive to both disease-related changes in PD and speaking-style manipulations.

To date, I have taught two courses to clinical MSc. students of Speech-Language Pathology:

I have also guest lectured in a number of Speech, Language, and Hearing Sciences programs — from undergraduate to Ph.D. level: 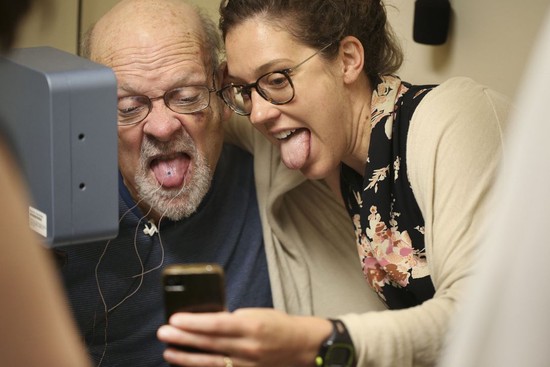