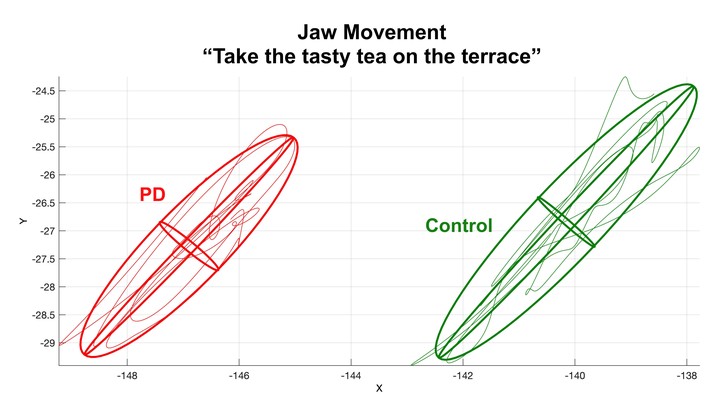 Conclusions: Sentence-level measures of articulatory movements are sensitive to both disease-related changes in PD and speaking-style manipulations.